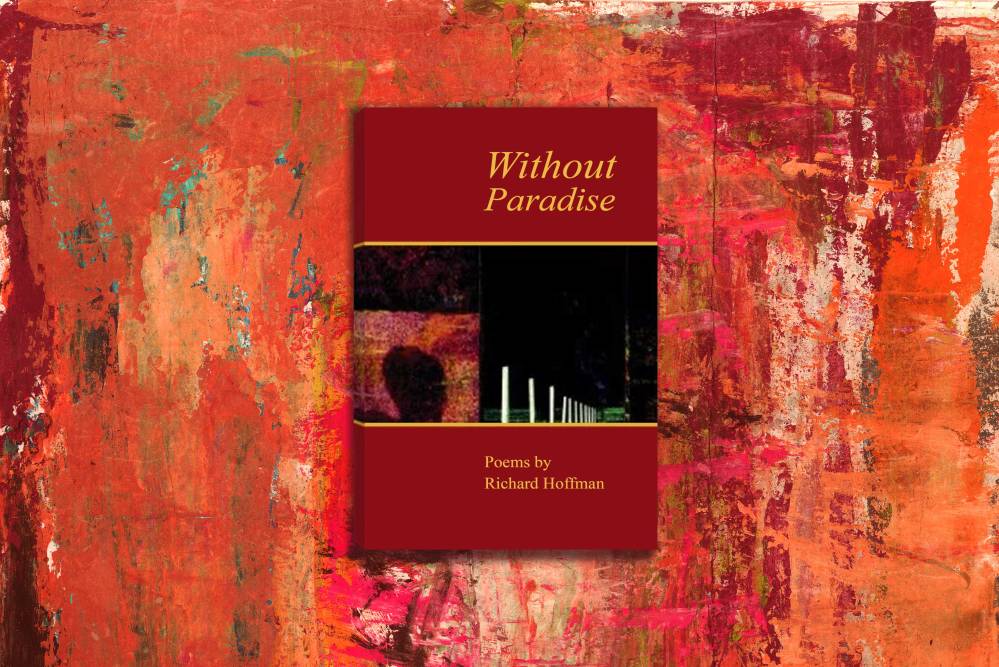 The poems in Richard Hoffman’s Without Paradise have been appearing with regularity in literary magazines and anthologies for years. In this long-awaited volume, Hoffman brings his signature blend of toughness and lyricism to bear on contemporary life, his and ours. In poems that address themes ranging from grief and mourning to political change and cultural criticism, the poet gives voice to the broad range of human concerns both social and existential.

Readers of Hoffman’s celebrated memoir Half the House will find in these poems the same intense clarity of vision, the same respect for the hard task of staying human, the same beauty and power.

“Richard Hoffman’s poems are quietly daring. In an era dominated by the ‘plain style’, he achieves formal elegance without stooping to mere facility. In an age of sometimes ponderous confessionalism, he dares to be funny (but never sardonic or facetious). Still these are poems of high aspiration and accomplishment, that contemplate large and deep issues with power and conviction.” —John Hildebidle

“The body of poetry has been desolated in our time by the radical estrangement of its flesh—emotion—from its bone—causation. Insights of the kind that drive Hoffman’s work have been relegated to ‘other disciplines’ such as ethics or political science, as poetry has become the site of the anti-rational. These poems, in their grace, stamina, agility, are the marathoners who bring us brilliant, troubling news that must remake us.” —Linda McCarriston

“Without Paradise is a book full of joy and surprise and sorrow and wit—the very emotions and qualities that remind us we’re still alive and thinking. Richard Hoffman has stuck his own days and years into the fire and hammered a strong, compassionate, knowing voice out of them—a survivor’s voice—but he hasn’t forgotten how to laugh during the whole insane process. Open this up. Read some. You need what this book has.” —William B. Patrick